As a kid, I saw a Twilight Zone episode that featured odd looking nurses looking down at their patient. Through the eyes of the patient, (the protagonist).The nurses heads were backlit by a gauzy, light aura. Shortly after seeing this, I had my tonsils removed. My hospital bed was surrounded by tall lampposts. I don't know what drug they game me, but the lampposts became nurses in their Twilight Zone hovering mode. I liked it.
Now, about 55 years later, maybe I'll have another nurse... someday. So I made a painting. Similar feel, but I tarted her up a bit, because that's what I do. 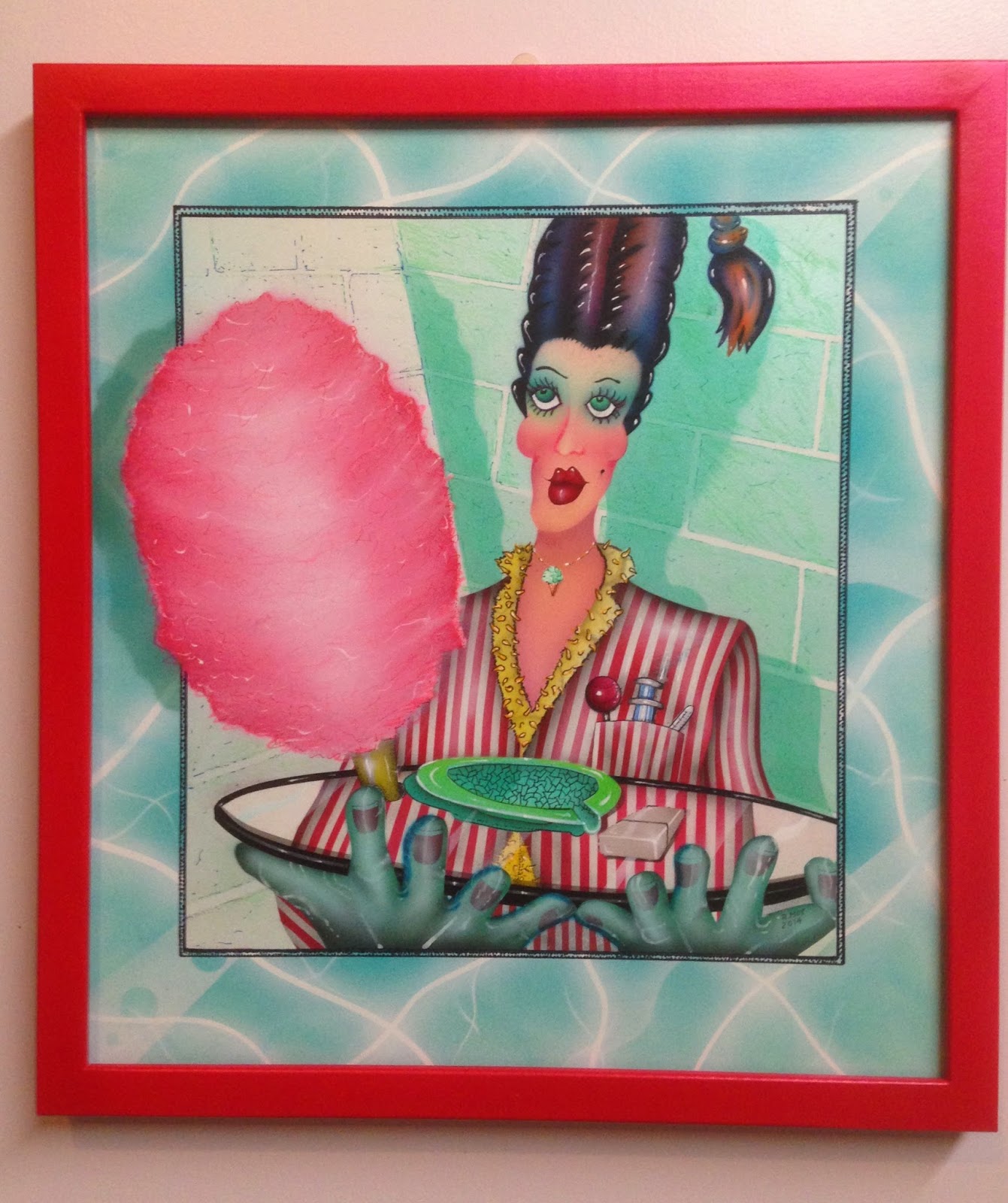